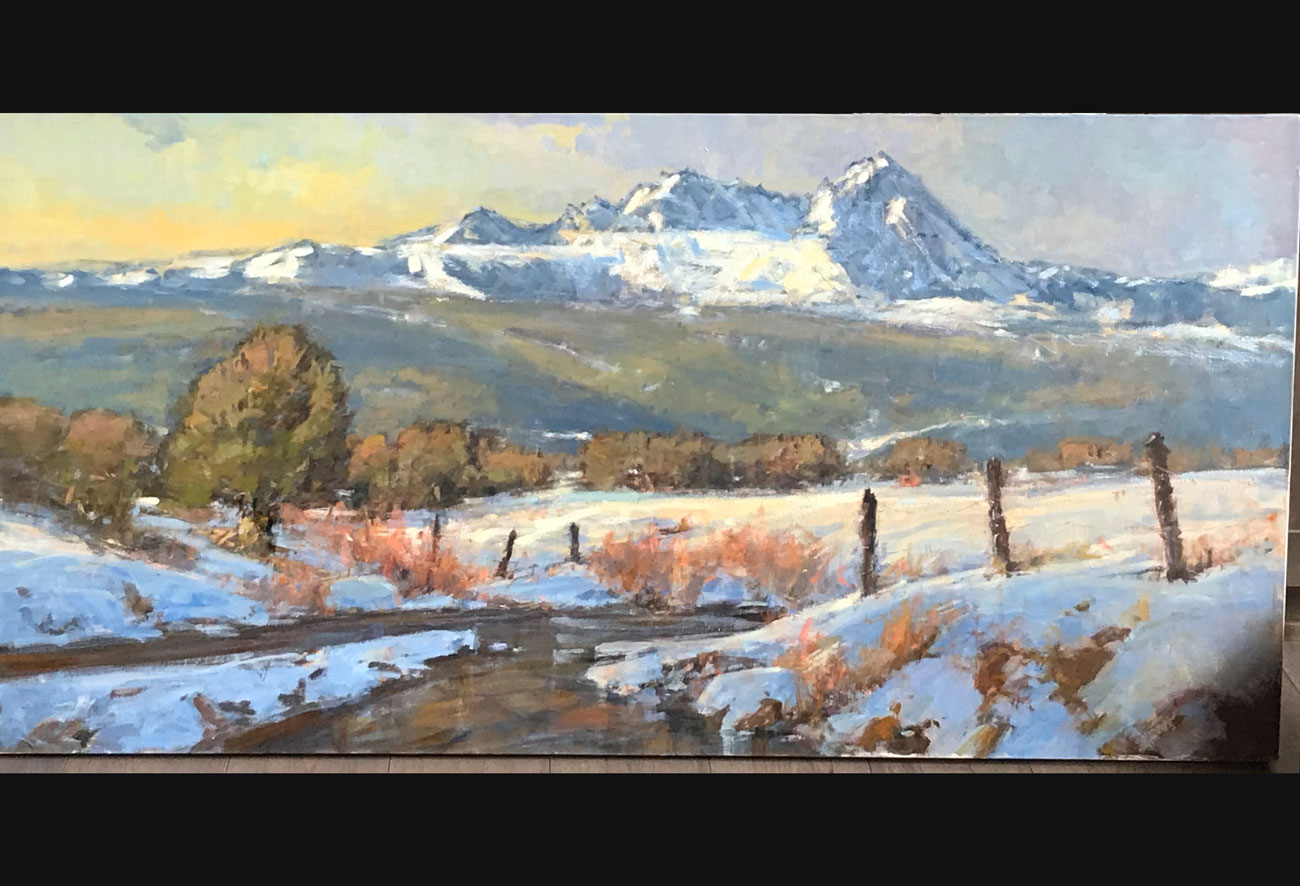 The beauty of gratitude

Gene Costanza has been through more than his share of life-changing experiences.

A police officer for more than 25 years, he has saved lives, watched people die and was nearly killed on duty — multiple times.

So Costanza, 66, knows how important it is to stay calm in a chaotic situation. And on May 14, 2020, it took everything he had to do exactly that.

“I woke up that morning and felt great for about five minutes. And then I started feeling a weird pressure in my chest, a bit more acutely than I’d been feeling a couple days before. I woke my wife up and jumped in the shower, and that’s when it really started to cook,” he said.

“It wasn’t long before I was seriously concerned that I was not going to live through this,” he continued. “I was doing whatever I could to stay calm and breathe. I was just trying to stay alive.”

Fortunately for Costanza, good help wasn’t far away. After arriving at St. Charles Bend, he was quickly taken to the Emergency Department, and then whisked away to the Cath Lab, where he could hear interventional cardiologist Dr. Nicholas Buss and his team of caregivers talking, both to him and to each other.

“The teamwork that I could hear happening,” he said, “was incredible.”

The Heart One program at St. Charles Bend’s Heart and Lung Center is a coordinated effort to bring physicians, area hospitals and emergency responders together to ensure people who are having a heart attack receive care as quickly as possible. The Bend hospital has the lowest mortality rate for heart attack patients of all the hospitals in Oregon, in part because the time it takes for a heart attack patient to receive a stent once reaching the hospital — known as door-to-balloon time — is better than national averages.

The next thing Gene Costanza remembers is being wheeled out of the Cath Lab and being struck by the “everyday hero” nature of what he’d just experienced.

“I looked up at them and I said, ‘You guys just got up this morning, had breakfast, came into work and saved my life,’” he said. “How cool is that?”

The quality of care continued beyond the ED and Cath Lab. Costanza had great nurses, he said, and he struck up a conversation with the Environmental Services caregiver who cleaned his room.

“She loved working at St. Charles,” he said. “I left the hospital thinking, ‘Man, am I too old to go back to school and become a nurse?’”

As a kid, Costanza started drawing as a way to avoid paying attention in school, he said. But he left art behind as he entered adulthood and started his police career, only to have his long-dormant passion reawakened one day at a conference in Arizona.

“I was in Scottsdale and I walked into an art gallery and came face-to-face with a massive painting of the Grand Canyon,” he said. “I went, ‘Oh no … I’ve got to learn how to paint. I’m disciplined enough now that maybe I can do this.’”

That was in the late 1980s. Since then he has spent much of his free time creating contemporary realist paintings of traditional subject matter, with a primary focus on natural landscapes. (You can see his work at genecostanza.com.)

So last year, when he got home from St. Charles and wanted to find a way to thank the people who cared for him, he turned to his art. Using his “broken top” of a heart as inspiration, he started working on a 30-by-60-inch oil painting of snowy Broken Top towering over brownish-green trees, a glistening creek and rustic fence posts.

He is finishing and framing “New Morning on Broken Top” now, with plans to mark the one-year anniversary of his heart attack by donating it to the St. Charles Foundation for placement in the Bend hospital.

“Me and a good buddy of mine spend hours talking about art and philosophy, why we’re driven to create, and about giving back and leaving something behind,” Costanza said. “The people who took care of me went above and beyond, and my hope is that this painting can hang there long after I’m gone.

“If I can do something that will raise the spirits of people who are sitting there waiting for a loved one or just passing by, I’d feel pretty good about that,” he continued. “Maybe even someone from the care team might notice it and remember saving my life. That’d be pretty cool.”